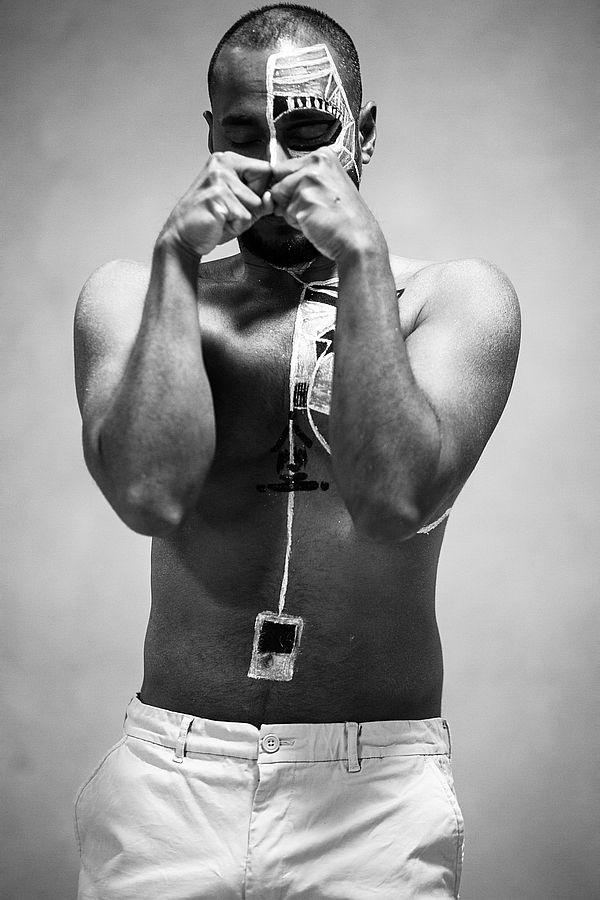 Rakesh was born in Kerela india, from young age he has been exposed to yogic phylosaphies and practices from his famliy. He started his dance career as a Bollywood dancer with a dance company in Kerala/India.
During this period he worked in several films as a dancer and assistant choreographer. In 2003 he joined Attakkalari Centre for Movement Arts, a contemporary dance company in Bangalore. As a part of the company, Rakesh performed at various national and international venues. During his time with the company he was exposed to intensive training of the ancient Indian martial art form Kalaripayattu. After 10 years of yoga assana practise, in 2014 Rakesh become certified yoga teacher at Shivananda Vedanta centre india.
Since 11 years, Rakesh has been working on developing a contemporary movement method called Payatt INtransit – using Kalarippayattu and contemporary movement techniques, yoga assana, pranayama, energy work and phsycology He has been invited to teach Payatt INtransit at various professional places such as Sidi Larbi company, Ultima Vez, Company Thor, Impuls Tanz, Deltebre Danza, Tanzfabrik, Maramio, B12 – Berlin, Tictac art centre, Dancentrumjette Brussels, Bremen Theater, Tripspace London, DAR Russia ,B12 Berlin, Summer intensive and Performact Portugal. K3 Hamburg, Drama school Helsinki and many more.
He is at present works as a part time teacher at with Ap- University Antwerpen and have been invited in several educational institute as guest faculty such as P.A.R.T.S, SEAD, Performact, CDSH-Hamburg, Concordia University and Circuit-est Montreal Canada, University of Talin, Helsinki amd Costa Rica to name a few. Between 2016-17 Rakesh Sukesh worked as one of the jury member for professional training Tanz haus Zurich-Switzerland.
In 2020 Rakesh Sukesh become a Co- founder and director of Sanskar Globle platform for performing art, He also works as freelance performer/ choreographer, collaborating with various artists and organisation around the world. He currently lives in Brussels-Belgium dividing his time between Europe and Asia.

Intact is a training method generated through years of research, observation and adaptation to our current times, while also based on intrinsic human characteristics: breath, movement, emotion, thought, intention, environment. Its main goal lies on enhancing humanness in its most raw and genuine form. This method creates a safe and honest place that embraces and acknowledges our inner world, both weaknesses and strengths, to learn how to use them through reflection and striving for further development. It is an interconnected training system that utilises movement as a base to create, confront and play within crisis. It provides the timespace to get to know one’s personal form and how to use the body to broaden the range of movement vocabulary. As an holistic form, it is inspired by tools from specific lineages, such as breath, meditation and the inner mechanics of yogi principles, while also utilising the movement and philosophies from kalari payatt. This interwoven structure combines and rearranges these tools and ideas in a proposal for a new approach. In these classes, one can expect a dedication to raising awareness to individuality and inner workings, an awakening of the senses that leads to an ability to control and manage external triggers. In other words, taking charge of ones self.